Good morning – happy Saturday! I’m back from my first race in 2010 and I have to say it went surprisingly well, much better than I expected. I was very nervous last night and slept terribly – I was actually up before my alarm even went off. So I got up and had some breakfast before the race. 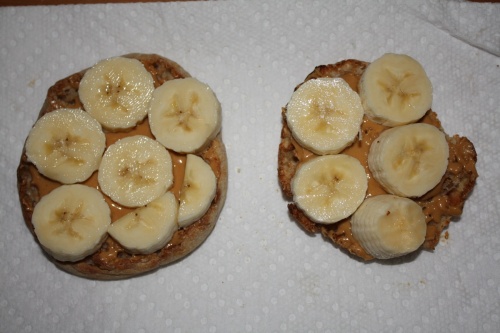 Then I commenced with the layering. I had spandex pants with knee-high socks on underneath. On my top half I had a Nike base layer, a long sleeve shirt and an outlayer jacket. I also had a hat, neck warmer and gloves. I was very hot by the end of my layering.

I headed out of the house around 7:30 and got to the start right around 7:50 a.m., which was perfect timing. So here’s the race recap:

When I got to the starting area up near 98th I looked for my corral. They had asked what our fastest mile time was and I had put down 7:45. I found my corral, which was closer to the start than I expected, and then I got nervous that perhaps I overstated my capabilities and everyone in my corral would run me over. I tried not to worry about it too much. After much talking and singing of the national anthem, they finally started us.

Even though I was closer to the front than expected, it still took me about 1 minute to reach the actual starting line. And then it was really time to run. I started my Garmin and got to work. It was COLD! I totally forgot to mention that. When I left the house it was 21.6 degrees outside. But I quickly started to warm up as we started racing,

At 1 mile my Garmin beeped and I looked down to see that I had run the first mile in 8:29. Not too bad, but I wasn’t sure if I maybe wanted to go faster. So I started to pick it up a bit during the second mile. The second mile flew by and so did the third. But, as I got to the fourth mile things started to get tough. We were on the East side and things started moving up hill. We hit the BIG hill around 73-79th Street and it was HARD. I was thrilled when we reached the top and hit mile 4 at just about the same time.

From 4-5 I was able to pick things up a bit. I checked my Garmin and saw that we had hit 4.5 miles and so I really kicked it in. Finally, I hit the finish and felt wonderful that the race was over and I could head back to a warm apartment. Here are my race stats:

Yup, my Garmin said I actually ran a little over 5 miles. I didn’t stick tightly to the inside of the Central Park loop, so I can see how that would be right. So overall, I’m pretty happy with my times. It was the first really cold, winter race I’ve ever run and it didn’t feel awful. It at least makes me a little more confident that I’ll be able to finish the half marathon in two weeks. I’ll have to check the NYRR site tomorrow to see what my official time was.

I’ll just do a quick recap of yesterday’s eats and then I want to relax a bit!

Breakfast was oatmeal with raisins, almond milk and agave with a side of light cranberry. 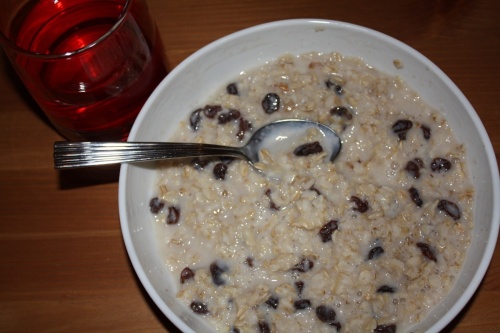 Lunch was leftovers of the previous night’s Ham and Brussels Sprout Bake:

As well as Chobani yogurt with granola.

Later on I had a Larabar – the Banana Bread flavor. I really liked this flavor. 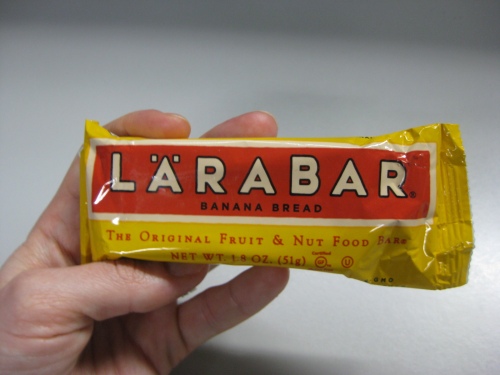 After work, I picked up my race packet and came home and made some dinner.

So that was my night, then I headed to bed early for my race. Now I’m going to go enjoy my Saturday afternoon and a fun evening. Have a great weekend everyone!